skip to main | skip to sidebar

Back to the statistic, BNM holds RM 335 billion in man made paper, and the real wealth is only saved in less than 2%, which is GOLD. Judge this yourself.

Some so-called economists claim that holding gold is not smart, I just wanna ask them are you claiming that we are more developed than countries like USA, Germany, Switzerland, France, Italy, Netherlands, etc which hold a large portion of their reserves in GOLD.

Here are the official gold holding as of March 2009 for those countries :

1) USA - 78.9 % (they give their papers (USD) to other countries, and they rip-off natural resources from those countries)

Are we more developed than those countries... and why they keep the real wealth and let us keep their useless papers? Someday our grandchildren will ask their teachers, why are their ancestors so stupid by giving away their wealth (land, gold, oil, wheat, etc) to other people, and in return keep useless papers ....

One thing for sure, I will tell my children that I'm not one of the dumb *** 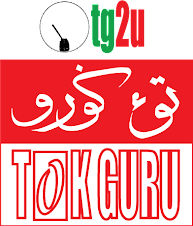